A is for Acquisitions

My friend Jane sent me home with books after we went out for a late lunch today.  The books are for my great-grandchildren and for me.  She recommends the last one for my Book Around the World blog, as a good book about the Himalayas. 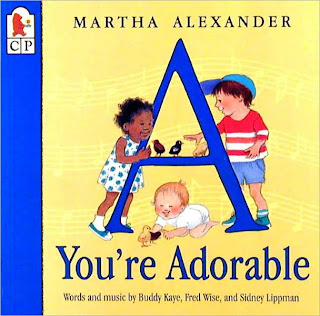 A You're Adorable ~ by Martha Alexander, 1994, children's


A You're Adorable — composed by Buddy Kaye, Fred Wise, and Sidney Lippman — was originally a popular song in the 1940s.  The music is included in the book so that it can be sung, using the words as printed in the books.  It's a sweet little book with adorable children and animals, as you can see by the cover.  I rate it 8 of 10, a very good book for both the music and helping children learn the alphabet. 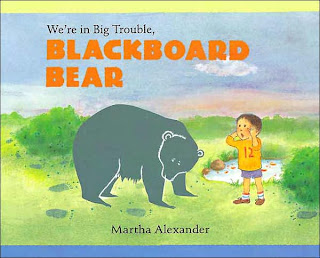 
Anthony's bear learns a hard lesson about leaving other people's possessions alone.  The chalk-drawn bear steps down from the blackboard and took goldfish from a pond, money off a windowsill, and blueberries from a garden — and ate them all.  The bear wants chalk, which s/he uses to draw fish, honey, and blackberries.  Together they return these things to the children.  I rate this one 9 of 10, an excellent book. 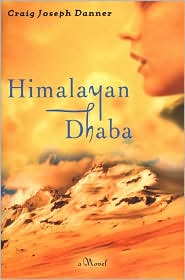 
After a hair-raising journey, Dr. Mary Davis arrives in a remote Himalayan village with just a backpack and a box of medicines. Expecting to work with a talented Indian surgeon, she finds instead that he is missing and she is now the only doctor within a hundred miles. When an injured tourist stumbles into her overcrowded clinic, he triggers a series of events that connects an unusual mix of characters:  Phillip, the spoiled son of a British diplomat; Antone, an aging addict who attempts to kidnap him; Meena, a local village girl who embarks on an improbable rescue; and Amod, the lonely waiter in the local dhaba, who secretly looks after Mary.

Himalyan Dhaba sounds really interesting! I hope it turns out to be as good as it promises to be