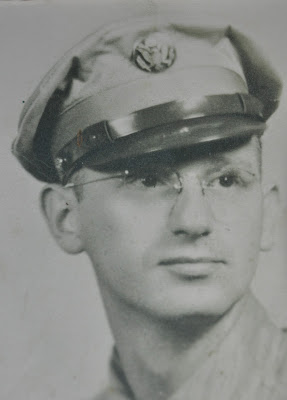 My father was born on October 9th, 1918.  That's 99 years ago!  This photo is from World War Two, probably about 1945.  He died in traffic in 1964 when he was only 45 years old.  He was excited about the Interstate Highway being built through Chattanooga that year, but he never got to drive on it.  He met only the first six of a dozen grandchildren. 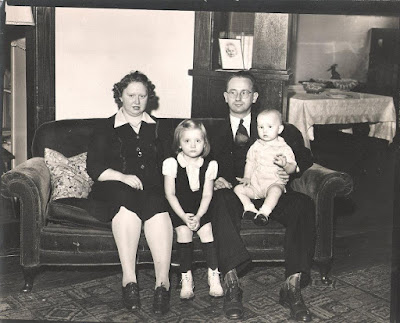 Two more photos of him, with Billy and me.

This day is his.  It's the day he was born, but also the day he is remembered by fewer and fewer family members because we are dying off; only two of his four children are still alive.  My three children met him, but the twins were barely four and my son was not yet a year old when a drunk driver ran a stop sign and slammed into the truck he was riding in.  They don't remember him, even though one of the girls said at the time, "Grandpa got died."  They both called National Cemetery "flower land" when they visited his grave with me after the funeral.

What a lovely remembrance of your dad who died far too young! It is strange to think about who will remember us after we're gone, but I can't think about that too much. Reading the descriptions of those who died in Vegas has me thinking about that idea as well. What would people say about me in a paragraph or two? Strange and unsettling.