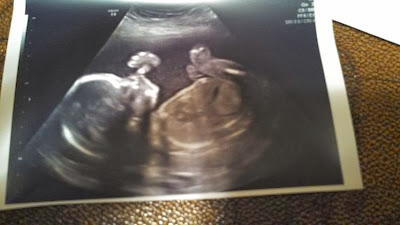 Friday the 13th was my great-grandson Jaxon's third birthday, and his folks had a party scheduled for him at 5:00 pm.   Early in the day, his mom suggested they party NOW.  Good idea, since Jaxon's baby sister was born at 4:41 pm, weighing in at 6 pounds and 18.5 inches long.  The siblings now share a birthday.  This is the only photo I have, so far, of Shelby Leonora.  It was taken four months ago.  Can you tell that I'm grinning?

Book I want to buy

What Changes Everything ~ by Masha Hamilton, 2013, fiction (Afghanistan)

A Brooklyn street artist, an Ohio bookstore owner, a Houston nurse, a New York scholar:  Masha Hamilton braids together stories of Americans far from the front line whose lives are irretrievably changed by our country’s longest-running conflict and explores the grace of human connections in a world often too harsh and dangerous to face alone.


I chose seven books to read by January 31st when I joined the New Year's Resolution Reading Challenge 2014.  See the list of books here.

Oh My Gosh! Siblings with the same Birthday, that's crazy! But how exciting for all of you! I am sure you are gearing up for the holidays with lots of shopping and decorating. Have a great holiday!

How neat they have the same birthday! Congratulations to you all!