Summary:  "Anna Quindlen first visited London from a chair in her suburban Philadelphia home--in one of her beloved childhood mystery novels.  She has been back to London countless times since, through the pages of books and in person, and now, in Imagined London, she takes her own readers on a tour of this greatest of literary cities.  While New York, Paris, and Dublin are also vividly portrayed in fiction, it is London, Quindlen argues, that has always been the star, both because of the primacy of English literature and the specificity of city descriptions.  She bases her view of the city on her own detailed literary map, tracking the footsteps of her favorite characters:  the places where Evelyn Waugh's bright young things danced until dawn, or where Lydia Bennett eloped with the dastardly Wickham.  In Imagined London,Quindlen walks through the city, moving within blocks from the great books of the 19th century to the detective novels of the 20th to the new modernist tradition of the 21st.  With wit and charm, Imagined London gives this splendid city its full due in the landscape of the literary imagination." 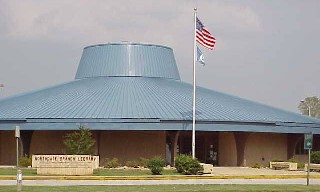 I'm still in the process of getting the last things moved across town, but yesterday I picked up this book at my NEW branch of the library. Well, actually, it's my OLD branch, once again. It's where I used to go all the time. It's where one of my daughters worked for awhile after graduating from college. It's like coming home again.

Library Loot is a weekly meme co-hosted by Claire from The Captive Reader and Marg from The Adventures of an Intrepid Reader that encourages bloggers to share the books they’ve checked out from the library.  Marg has the Mister Linky this week, if you'd like to share a list of the loot you brought home.
Posted by Bonnie Jacobs on 7/27/2011 07:27:00 AM
Labels: library loot

Anna Quinlan writes some really good stuff and I love London so that one sounds like a winner. I hope the rest of your move goes well!

I think I should try reading Anna Quinlan.

I picked up Imagined London too this week! Enjoy!

It sounds as if it will be very interesting. Enjoy!