TWOsday ~ how to books 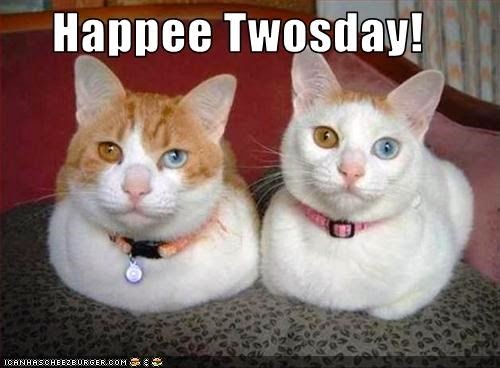 In a sense, these two books are "how to" books.  The first tells Christians how to serve the common good, and the second tells Buddhists how to have a meaningful life.  The Dalai Lama isn't focused on religion, but on how to make life meaningful.  The authors of both books are trying to make the world a better place for all of us.

A Public Faith: How Followers of Christ Should Serve the Common Good ~ by Miroslav Volf, 2011


Debates rage today about the role of religion in public life.  As the world becomes increasingly interconnected, various religions come to inhabit the same space.  But how do they live together, especially when each wants to shape the public realm according to the dictates of its own sacred texts and traditions?  How does the Christian faith relate in the religious pluralism of contemporary public life?  Renowned theologian Miroslav Volf argues that there is no single way Christian faith relates to culture as a whole.  He explores major issues on the frontlines of faith today, addressing questions such as:
Covering such timely issues as witness in a multifaith society and political engagement in a pluralistic world, this compelling book highlights things Christians can do to serve the common good.

How to Practice: The Way to a Meaningful Life ~ by the Dalai Lama, translated and edited by Jeffrey Hopkins, 2002


As human beings, we all share the desire for happiness and meaning in our lives.  According to His Holiness the Dalai Lama, the ability to find true fulfillment lies within each of us.  He helps readers embark upon the path to enlightenment with a stunning illumination of the timeless wisdom and an easy-access reference for daily practice.  Divided into a series of distinct steps that will lead spiritual seekers toward enlightenment, How to Practice is a constant companion in the quest to practice morality, meditation, and wisdom.  This accessible book will guide you toward opening your heart, refraining from doing harm, and maintiaining mental tranquility as the Dalai Lama shows you how to overcome everyday obstacles, from feelings of anger and mistrust to jealousy, insecurity, and counterproductive thinking.