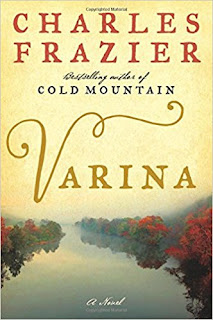 
Her marriage prospects limited, teenage Varina Howell agrees to wed the much-older widower Jefferson Davis, with whom she expects the secure life of a Mississippi landowner.  Davis instead pursues a career in politics and is eventually appointed president of the Confederacy, placing Varina at the white-hot center of one of the darkest moments in American history — culpable regardless of her intentions.  The Confederacy falling, her marriage in tatters, and the country divided, Varina and her children escape Richmond and travel south on their own, now fugitives with “bounties on their heads, an entire nation in pursuit.”  Intimate in its detailed observations of one woman’s tragic life and epic in its scope and power, Varina is a novel of an American war and its aftermath.  Ultimately, the book is a portrait of a woman who comes to realize that complicity carries consequences. 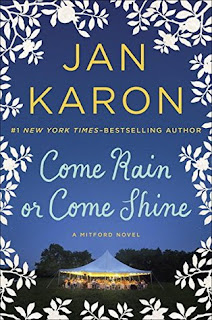 
Over the course of ten Mitford novels, fans have kept a special place in their hearts for Dooley Kavanagh, first seen in At Home in Mitford as a barefoot, freckle-faced boy in filthy overalls.  Now, Father Tim Kavanagh’s adopted son has graduated from vet school and opened his own animal clinic.   Since money will be tight for a while, maybe he and Lace Harper, his once and future soul mate, should keep their wedding simple.  By the way, it’s a pretty casual affair, so come as you are and remember to bring a tissue or two.  After all, what’s a good wedding without a good cry?

Happy Birthday! I hope you have an enjoyable day and that your books live up to the occasion.

My birthday was yesterday, but I've read a bit of the beginnings of each of these books I was given. They both look good.